This article details the AWS CloudFormation building blocks to deploy a containerised application using the AWS Elastic Container Service (ECS). I use this method to deploy this vary website which was initially running in ECS using an on-demand instance deployed the old fashion way (with many mouse clicks and typing). With this CloudFormation template the entire stack can be created from a single command aws cloudformation create-stack…! and completely blown away and stood up again with minimal effort. The following borrows from an existing CloudFormation template you can find in the References at the bottom of the page.

My main goals when creating the template were to

At a high level, the following things are being created and configured by the Cloudformation template which I have broken up in the following text. For the complete template, jump to the bottom of the page.

What’s omitted from the template.

For reference, the website has the following container components. 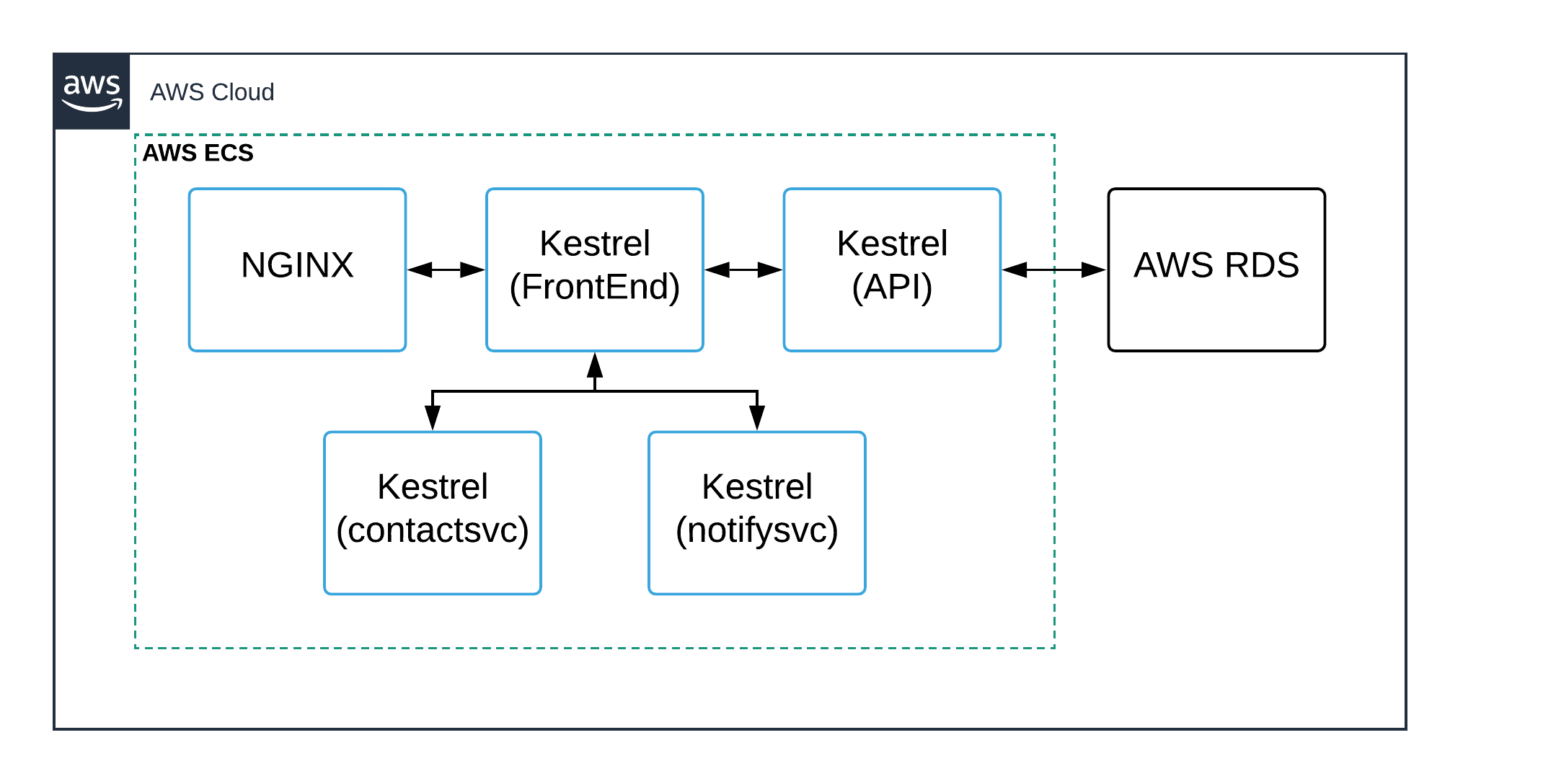 The usual boilerplate data for any CloudFormation template.

In the mappings collection is an ecsOptimizedAmi declaration which indicates what AMI’s should be used; specifically this has an ECS optimised AMI in the ap-southeast-2 region. The list of ECS optimised AMI’s can be found here.

In the outputs, collection are references to several objects, nothing fancy.

The parameters collection defines several required parameters required to be either passed to CloudFormation or accept the default where specified. Of note are keyName which defines the EC2 keypair to use for the created instances and asgNotificationEp which is the email address that will receive Auto Scaling Group notifications.

The resources collection is where the magic happens.

The first block of YAML below does the following

The next portion of the resources collection creates an Elastic IP (EIP) and an Elastic Network Interface (ENI). These are used later in the LaunchTemplate which facilitates EC2 instances maintaining the same IP when they are replaced.

The next portion of the template creates the required security groups for access to the EC2 instance and access from EC2 to the Elastic File System (EFS) created later.

The Elastic File System (EFS) and EFS mount point are then created. The Let’s Encrypt configuration directory is stored in EFS and referenced in the Launch Template user data defined later such that if an EC2 instance gets terminated and replaced it can come back online without human intervention by being remounted at the host and attached to the NGINX container inside ECS.

The ECS Service defines one desired instance of the Task Definition should be running. It also stipulates a MinimumHealthyPercent of 0 and a MaximumPercent of 100 which facilitates an Azure DevOps pipeline instructing ECS to force a new deployment of the task.

An ApplicationAutoScaling collection defines a MaxCapacity of one and a MinCapacity of zero in line with the service definition. This facilitates auto-scaling of the ECS service though only to one right now.

The Launch Template collection is where the Spot price is defined and includes user data to configure several things. Of note is the use of the ENI created above and the last several lines which setup the EFS volume on the instance for use in the NGINX container.

The next collection defines the Auto Scaling Group, which maintains one EC2 instance and uses the above Launch Template. It also specifies the SNS Topic, which will receive notifications.

Roles are setup were required for various actions in ECS, auto-scaling, CloudWatch, and SNS.

An SNS collection is created which will send Auto Scaling event notifications to the email address provided as a parameter to CloudFormation.

The complete CloudFormation Template YAML is located below for reference.